About Us » Campus History 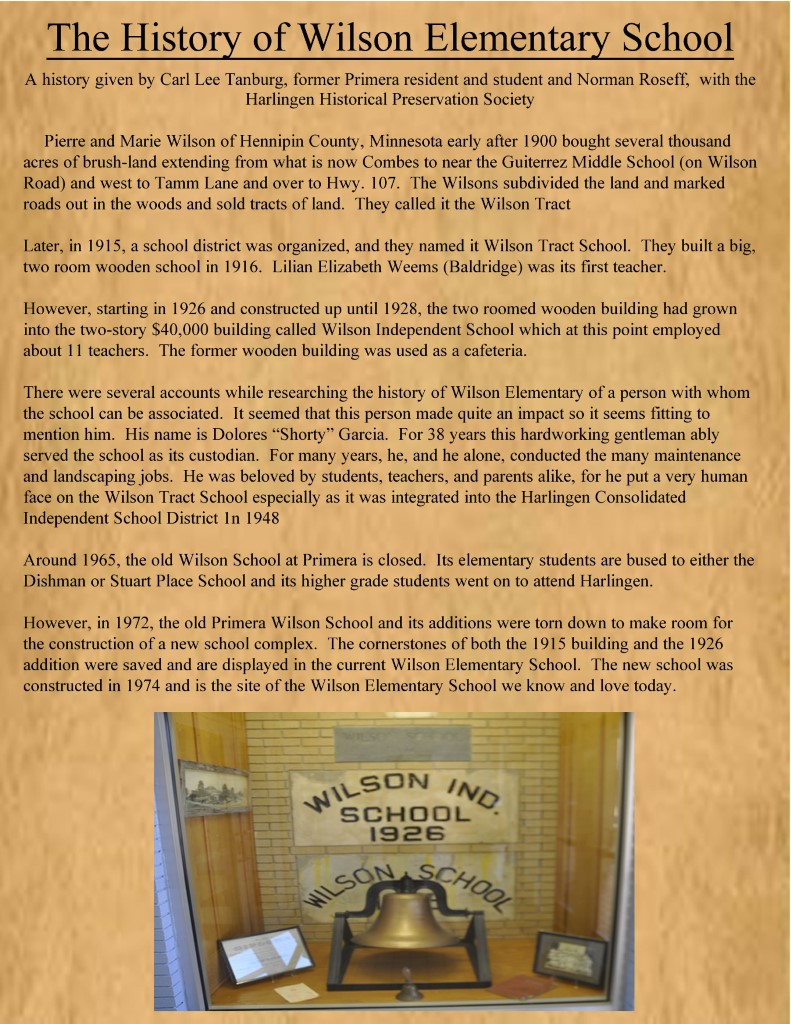 The Significance of Our Campus Name 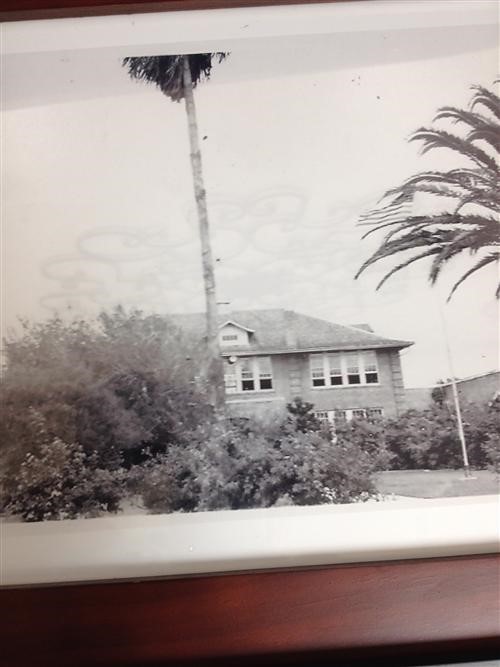 Primera is in what was formerly known as the Wilson Tract, which was a part of the land designated as“Cameron County school land”in 1882.  In November, 1908, a retired doctor named Pierre Wilson and Frank Kibbe bought Survey 25. They hired an engineer and surveyor, to survey the tract and stake it out in 40-acre blocks.  The land was put on the market, and“homeseekers" began coming in and buying. Dr Wilson built a home, over to the northeast, on land that was slightly elevated. This was to serve as a retirement home for his wife and himself, but sadly he did not live very long. Survey 25 tract of land was given the name Wilson Tract in honor of the old doctor.  In 1915, a two-story brick school was built at the center crossroads of the land tract.  In 1926, additions to the school were added.  Early 1927, Southern Pacific Railroad came through and laid a 135 mile rail line in the area. In submitting names for the station the railroad officials rejected  the name "Pomelo" and promoted the name "Primera" for it was the“first”stop out of Harlingen. Thus the two-story brick school became "Primera Wilson School" and was the nucleus of what later grew into the little town of Primera.  The year 1965, Primera Wilson School  was close and later in 1972 was torn down.  In 1974, HCISD begin the construction of a new Wilson Elementary School Campus. The new Wilson Elementary was completed and opened in 1975, replacing the old buildings that had been condemned and torn down in the early 70's.